Bets that Nigeria will let the naira weaken have gathered steam in recent days as traders focus on signs that the African country might revamp its foreign-exchange policy soon.

On Tuesday, three-month non-deliverable forwards on the naira weakened to 259 per dollar, suggesting a 23% devaluation from the spot rate of 199 per dollar. Over the 12-month period, the market is currently pricing in a 36% devaluation in the naira.

Nigeria is the latest developing country whose currency has come under pressure to weaken as a result of fallen commodity prices, following on the heels of Egypt, Kazakhstan and Azerbaijan.

Speculations have mounted over a potential devaluation since Wednesday, when Nigeria’s vice president Yemi Osinbajo said that the country would “substantially reevaluate” its foreign-exchange policy and a “more flexible approach” to the currency should be expected soon.

Mr. Osinbajo’s comments came as a surprise to many market participants as President Muhammadu Buhari has a history of vehement opposition to the idea of devaluation. Nigeria’s economy has been damaged by the plunge in oil prices. The government has imposed stringent capital controls to stem the outflows and ease the pressure on its currency. But these measures have backfired by driving away many long-term investors and causing local manufacturers to suffer from shortages of imported raw materials.

Last week, the Nigerian government allowed private petroleum marketers to access the unofficial foreign-exchange market to obtain the dollar to import refined oil. In the past, these companies relied on the central bank to buy the dollar, and the limited dollar supply in the market has caused a severe fuel shortage in the country.

Because of “the fact that he entertained the idea of it (a devaluation)… and by also acknowledging the secondary market, there was a lot of speculation over whether there’ll actually be a devaluation,” said Charlotte Hampshire-Waugh, head of trading, payments FX at INTL FCStone Ltd. 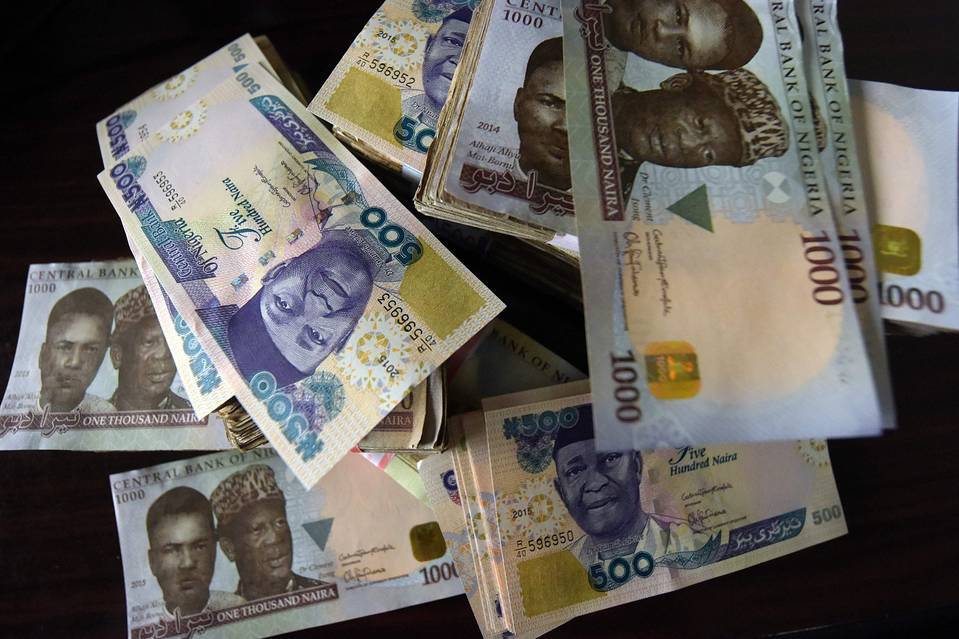 Some traders expect a move to come as soon as next week when the Central Bank of Nigeria holds hold its monetary policy meeting.

But many are skeptical if Nigeria will allow its currency to weaken. “At the end of the day, it’s President Buhari’s decision. It’s a matter of what he is prepared to accept,” said Charles Robertson, global chief economist at Renaissance Capital. Mr. Robertson said the president’s previous statements suggested he was reluctant to devaluate the currency as it was historically associated with a deep recession in its economy.